P3 communications GmbH has been requested by Huawei on behalf of MTS to audit the performance of its voice and data services on smartphones in comparison to other LTE/UMTS/GSM mobile radio networks in Minsk, said the press-office of Huawei. The audit was done as a mobile performance benchmark performed by P3 communications between 9th and 19th December 2016 in metro area of Minsk. The network performance benchmarking took around 7.5 days, and more than 1500 driven km. More than 930 data samples per service and 2700 calls per operator were gathered by P3 technical team to ensure reliable and statistical relevant test results.

Each mobile service provider was ranked on Voice call quality; data services speeds, YouTube, and web browsing performance. As a result, each of local operators achieved score results according to P3 scoring concept. The P3-Score is intended to provide a fair and easy-to-perceive benchmark of customer experience in the mobile network of different operators on national and international level.

By a clear margin, MTS achieved the highest scores in both voice and data services among competitors with 501 points out of 600 points, 52 scores higher than the second ranked operator. 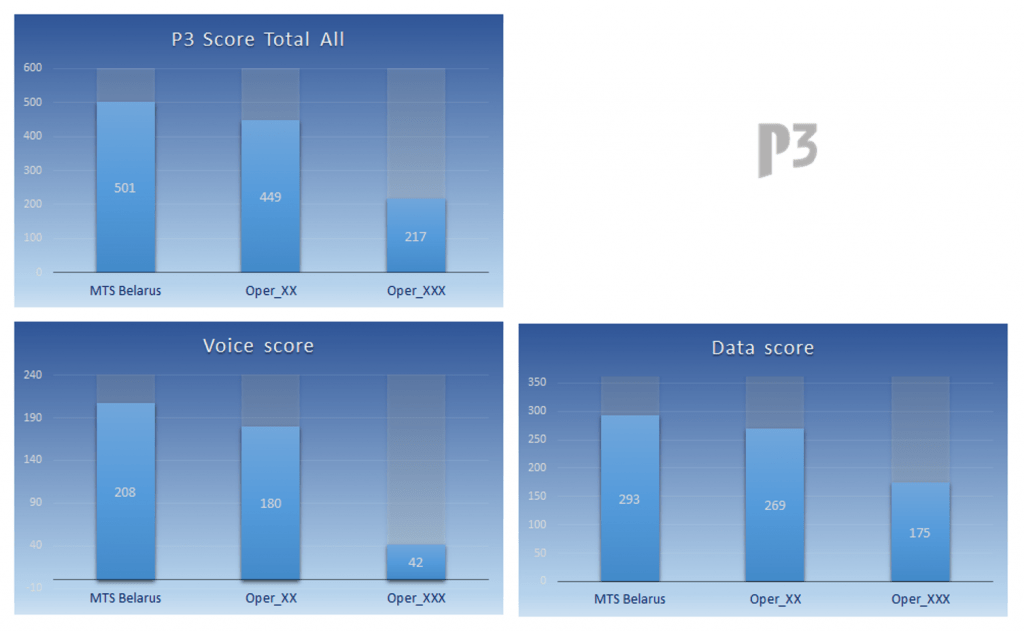 Benchmarking activities in over 60 markets worldwide on all continents. Public Benchmark in Germany, Austria, Switzerland, UK, Netherlands, Spain, Sweden and Australia in 2016.

Share via
MTS achieved the highest score with 501 points in the Mobile Benchmark in Minsk city
https://digital.report/mts-achieved-the-highest-score-with-501-points-in-the-mobile-benchmark-in-minsk-city/